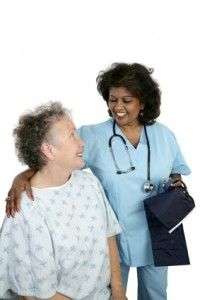 It has now been a year since the infamous Patient Protection and Affordable Care Act, more commonly known as Obama Care, has been in effect. The bill was passed on March 23, 2010. A year later, Obama Care is still a very controversial topic and largely debated.

When the bill was first passed Democrats believed that over time Obama Care would become more and more popular. Their prediction has proven to be incorrect. In fact, opposition has increased over the course of the year. More than 50% of Americans are not in favor of Obama Care.

Many people want Obama Care to be repealed. You can bet the Republicans feel most strongly about this! Another outcome that could occur is Obama Care being deemed unconstitutional by the Supreme Court. It could be declared unconstitutional because the Patient Protection and Affordable Care Act states that everyone must have health insurance.

The purpose of Obama Care is to provide more people with help. It has the potential of saving many lives. One serious example is a person not receiving coverage because he/she had a pre-existing condition. Obama Care would make sure that the person is covered and that families are not as financially devastated as seen in such situations.

Americans worry that the quality of care they receive in the United States will decrease significantly because of Obama Care. Will a situation such as quantity over quality arise? This state is often compared to Canada as Canada is known to have long waiting lists for medical procedures.

Obama’s attempt to reform the American health care system may hurt him incredibly. The next election is in 2012 and many predict that Obama will be a one term president. Obama Care is meant to reduce the costs of meds and help people afford health care. It ensures that everyone can get the help they need, when they need it.

Prescriptionpoint.com is for informational purposes only. No material on this site is intended to be a substitute for professional medical advice, diagnosis or treatment. Always seek the advice of your physician or other qualified health care provider with any questions you may have regarding a medical condition or treatment. Always consult a doctor before beginning a new health care regimen.

Welcome to the PrescriptionPoint Blog!

Welcome to our new blog. Check back here for exciting new articles!

Copyright © 2023
Information provided on this website is for general purposes only. It is not intended to take the place of advice from your practitioner. All trademarks and registered trademarks appearing on this website are the property of their respective owners and prescriptionpoint.com is not affiliated with them in any way.