What is Chronic Obstructive Pulmonary Disease? 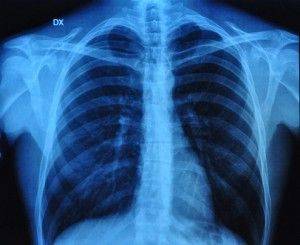 It is a progressive lung disease that makes it hard to breathe.  COPD occurs when the passages to the lungs are obstructed, lose their elasticity or become thick and inflamed.

Cigarette smoking is the leading cause of COPD, and most people with COPD either smoke or used to smoke. Other causes include long-term exposure to pollutants, chemical fumes, and dust.

The term “COPD” refers to two basic types. Emphysema occurs when the walls of the air sacs in the lungs are damaged. The sacs become floppy, and the exchange of gases in the lungs is reduced.

People who have chronic bronchitis find that their airways are constantly irritated and inflamed. This causes the lining of the airway to thicken, and leads to the production of excess mucus, making it difficult to breathe.

Most people who have COPD have both Emphysema and Chronic Bronchitis, so the term “COPD” is used universally.

The symptoms of COPD come on gradually and eventually become so severe that they limit daily activities. Some of the more common symptoms include:

Although there is no cure for COPD and doctors have not yet figured out how to reverse the damage, the symptoms can be managed. Lifestyle changes coupled with treatment allow most people to live a productive life. Treatment options include:

Bronchodilators—Short-acting Beta 2 agonists: These are fast-acting inhalers that open up the air passages and make breathing easier. They are designed for “instant relief” but the effects are short-lived. Side effects include a headache, muscle cramps, shakiness, rapid heartbeat, insomnia, and irritability.

Bronchodilators—Long-acting Beta 2 agonists: These inhalers work the same way as short-acting agonists, but the effects are more long reaching. Rather than being an “emergency” medicine, these are maintenance medications designed to control the symptoms of COPD. The side effects are the same as the short-acting inhalers.

Bronchodilators—Anticholinergics: These are also inhalers, but are designed for long-term usage at all stages of COPD.

COPD cannot be cured or reversed, but it can be prevented. If you are a smoker, stopping now will help to decrease your chances of getting COPD, and if you already have it, stopping smoking will help to lessen your symptoms and increase the chances of successful treatment.